What’s the man’s role on the infertility journey? 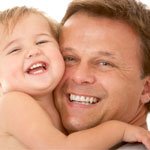 Talking to Alice Domar on the telephone the other day I was reminded of the dynamic between my wife and I on our infertility journey.   Ali was talking about her mind-body program that supports women trying to get pregnant by undergoing IVF fertility treatment and how the men come for three of the ten sessions.  We were talking about how men often don’t share their feelings generally and particularly in this scenario as they think they need to remain strong and ensure one of them is strong if their partner is falling apart – a typical male response to infertility.

I could relate to this.  For the eight years my wife was having natural and holistic treatment  with her fertility I took on the role as the ‘strong one’.  I thought this was the best way to support her, however I was wrong!  I didn’t get the wake-up call until I was diagnosed with male infertility.    I then fell apart.  At this point the little hope I had that was the foundation of my strength had gone.  I could no longer be strong.  However my wife saw me going from being strong to being real.  We were now in it together.  The whole time I was ‘being strong’ I wasn’t being real.  We were not fully in the experience together, being united.  However we were now.

I went on a journey of discovering the world of feelings.  I had buried emotions for so long I had lost touch with them so found it hard to identify, let alone share my feelings.   I found writing things down helped me identify them so I could then share them with my wife.  I also found by having a list of feeling words enabled me to identify my feelings.   We then journeyed together, feeling more supported by each other and united I believe helped us to finally connive naturally.

I encourage any men reading this to stop playing the ‘strong one’ and get in touch with how you really feel – and share that with your partner.   I personally found Non Violent Communication a really useful book for helping me do that.  Ignore the word violent in the title, it can be misleading.   Because you are not sharing your feelings it doesn’t mean you are being violent, although it could be passive aggression.

I also encourage men to get tested sooner rather than later.  On the infertility journey women are often the first ones to be tested as they have an external indication of their fertility (their cycle).  Male infertility can account for 40-50% of infertility.  Women go through far more invasive tests which can often feel degrading and humiliating.  Support them by being willing to play our part.